The children’s rhyme “Stick and stones may break my bones, but words cannot hurt me.” doesn’t work in this generation anymore, quite frankly. It’s the opposite. Words hurt. What people have said or done to us physically in the past can have an effect on us many years later. There are those that we can let go easily, but sometimes the gravity of the event is just too much, we end up holding on to, cradling, and giving it room in our heart until it festers into negative emotions such as anger, hatred, bitterness, and ultimately unforgiveness.

Unforgiveness in simple terms is like drinking poison and expecting the other person to die, when in fact it is YOU that suffers. What are the ‘poisons’ that unforgiveness brings to your health: Depression, anxiety, and loss of meaningful relationships with others to name a few. How is it cured? Medicine for fever, diabetes, depression and even anxiety pills cannot heal those poisons. The only viable solution to this dreaded health risk is forgiveness.

But before we look at forgiving others, let’s look at why we tend to hold on to bitterness and grudges…

Maybe you were betrayed… by someone you love

The Mayo Clinic Staff said in an article that people tend to feel resentment and unforgiveness towards someone they love and trust. When these people they’re intimate with do them ill, instead of resolving it quickly, the betrayed might tend to dwell on the hurtful act. This is not the correct response, as focusing on the pain allows the negative emotions to just fester and build up, until a person’s heart is hardened and unwilling to forgive. As Yoda once said “…anger leads to hate…” 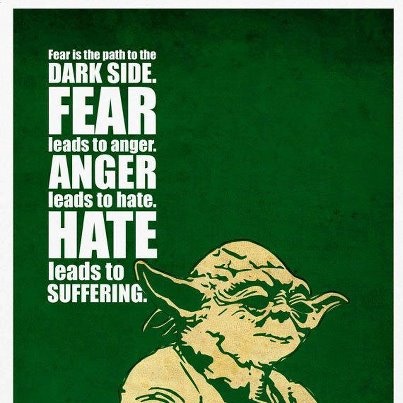 How to let it go and forgive

You’ve read above that unforgiveness is unhealthy and you want to change all that. But the bigger question now is: “How do I forgive?” Dr. Fred Luskin, a counseling and healthy psychology expert from Sanford University, says that there is no one all-encompassing guide to do that. “I believe that it is a skill that everyone can – and should – learn.”

It is advised that you do these steps with a trained therapist or a trusted friend who has had proper experience dealing with unforgiveness.

take a deep breath and clear your mind. Doing this prepares you mentally for forgiving someone. When your mind is clear, you’ll notice your heart beating faster, because suddenly, all those negative emotions you’ve been keeping towards a particular person will surface.

Be careful not to get lost in the flurry of emotions, remember we’re here to get rid of them, not nurse them further.

Recognize that you responded wrongly by keeping those emotions inside. Yes, bitterness feels good, but it won’t do you any good in the long run. You’ve got to forgive yourself first for feeling that way. And then, the hardest part is to say you forgive the person/s for whatever wrong/s they committed to you, knowingly or unknowingly. Experts from the Mayo Clinic suggest doing this only when you are truly ready to forgive someone.

Harriet Brown, a woman who participated in a forgiveness workshop with Dr. Luskin, shares her realizations:

“Forgiveness…is not about pretending you don’t feel angry or hurt. It’s about responding out of kindness rather than rage. It’s about letting yourself feel the full spectrum of emotions—grief and anger and hurt, but also kindness and compassion. Even toward someone who’s hurt you deeply.”

Brown also noted that going through the workshop made her realize that she was in control of the situation. Having a mother who really, really hurt her made her focus on what she could do about it, instead of blaming everything on her parent and keeping the resentment in her heart.

“To protect myself from such a difficult person in my life, I’m going to keep my distance and accept our relationship for what it is.”

The health benefits of forgiveness

Once you’ve properly forgiven the person/s involved and worked on the proper response to them, you may feel any one or all of the improvements forgiveness brings:

• Decreased stress, anxiety, and depression – When you forgive someone, you get rid of the negative feelings that cause you to become sad, nervous, or unnecessarily tense.

• A healthier heart – Research has shown that people who know how to forgive have lower heart rates.

• Lesser risk of high blood pressure – Since your heart isn’t stressed anymore from thinking about the negative emotions, your blood pressure also drops to normal levels.

• An extended lifespan – Another study shows that forgiving others lets you live longer.

So, this Valentine’s season, let go of hate… Forgive and grab hold of health!

It would be really nice if you could share your experiences with us at the comment section. Let’s start forgiving people!